The Founder and Chairman of New Journey Housing is Winnipeg businessman, Paul Ash.

Paul Ash grew up in a working-class family in Montreal.  He left there when he was nineteen and worked in Ontario, Alberta, and Manitoba.  In 1996, Paul Ash and his wife Susan decided to make Winnipeg their home.

In 2007, they travelled to Montreal to visit the places Paul Ash had lived as a child.  At almost every place, his comment was:  "It's still the same.  The trees are bigger, but it's still the same."  But Susan saw dilapidated buildings, peeling paint, railings falling off, etc.

Susan and Paul Ash realized that in their married life, they had always lived in decent housing.  However, when they first moved to Winnipeg and were seeking suitable housing (an apartment to rent and later, a house to buy), they encountered just how challenging this can be - for anyone.  Knowing several people who had moved to Winnipeg from other countries, Paul and Susan learned exactly how overwhelming the process is for a newcomer looking for a home.   "Although we grew up in Canada and speak English fluently, we still found the details involved in finding a home to be very demanding", says Paul Ash.  "For someone arriving without these advantages, finding a place to live must be quite frightening."

This became a concern for Paul & Susan, and they began to ask:  "How can we help?" When they met Sally Nelson and learned of her vision for newcomer housing, they realized that her ideas lined up with what was in their hearts.

After many meetings and discussions with Sally, Paul Ash managed to secure funding from private donors to support the project.   And on May 4th, 2009, New Journey Housing opened its doors! 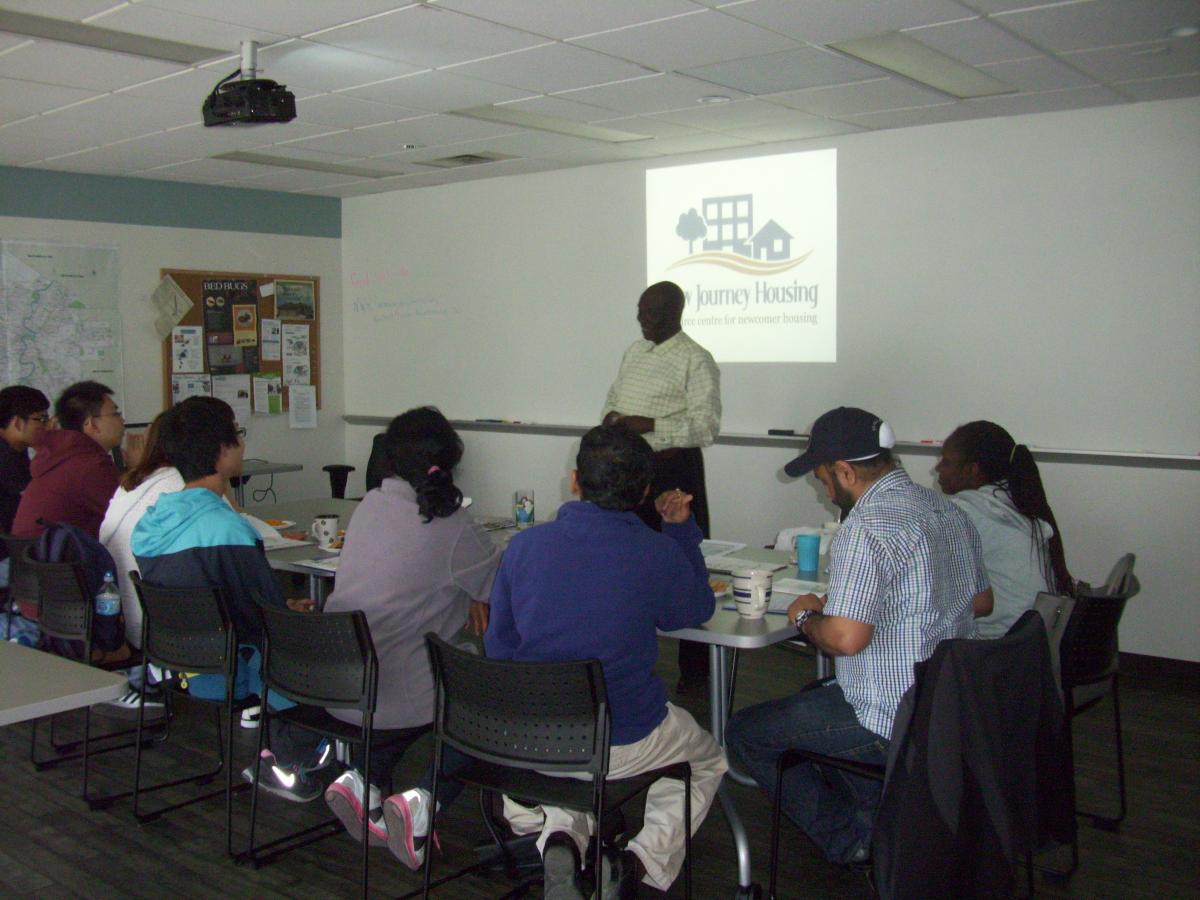